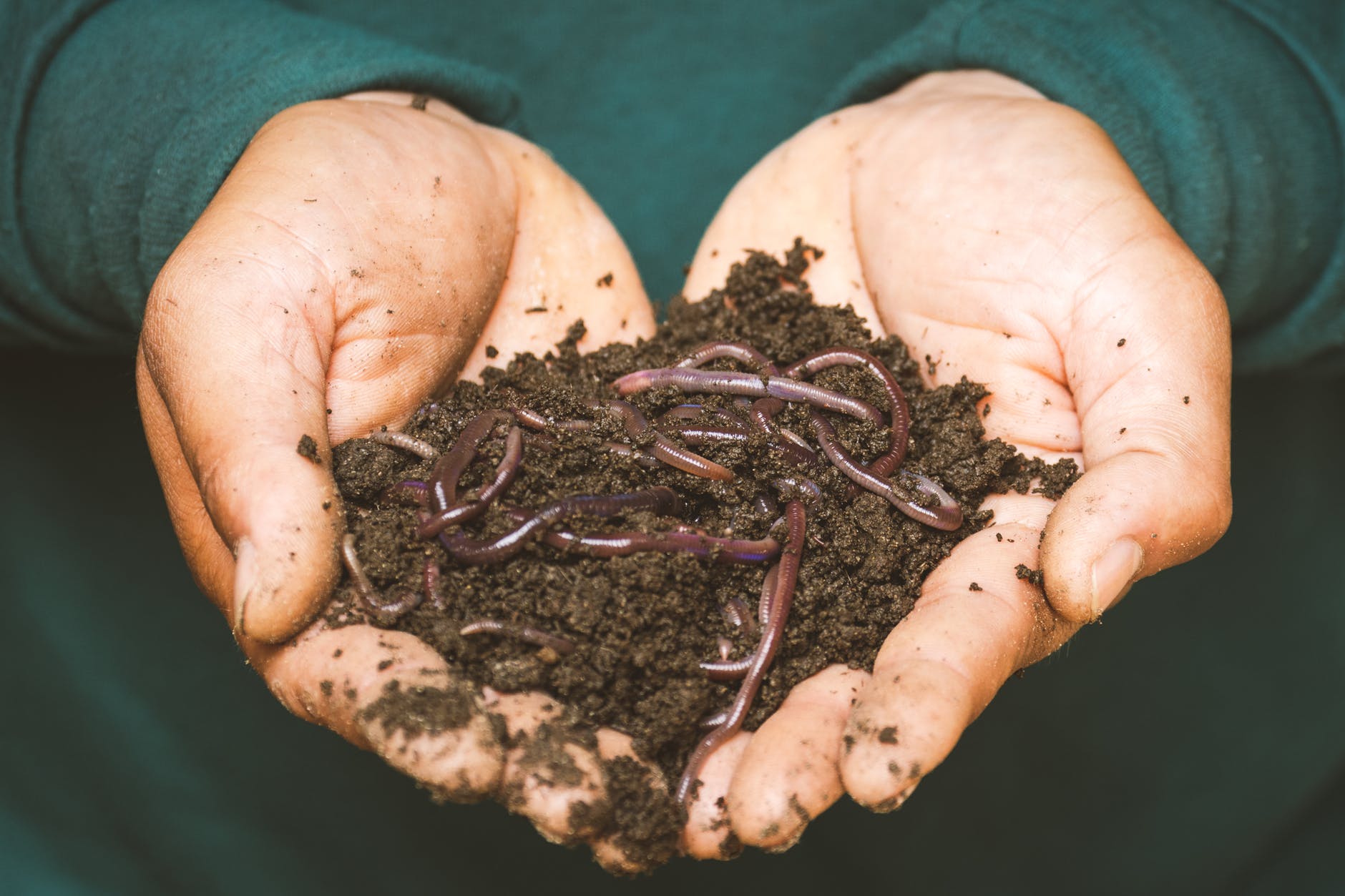 RELIGION IS THE PROBLEM! IT IS ROTTEN! Disclaimer: By religion I do include the outward visible congregations of Christianity, because sometimes we find lost individuals engaged or sometimes Christians get involved many times with the matter of religion which is not what Christianity is about. Religion is what human beings put together and do, not what Christ has ordained and how we are to worship Him and the Godhead.

The story began in the Garden of Eden after God created Adam and Eve! Genesis 3:6. She (Eve) took a bite of the fruit of a tree which had been forbidden by God for her and Adam. The Tree was called “the tree of the knowledge of good and evil.”

It is so important to remember that Eve, when approached by Satan who was indwelling the Serpent, was not hearing or listening for God but hearing some points in Satan’s words which were truly correct, so she pushed the evil part aside and perverted the correct part of the thoughts she heard in her mind, that is, looking for more good things.

Satan knew exactly how to get her involved and do a wrong thing. He stayed away from the evil and pushed the good, at least what Eve thought would be good, but she was wrong in her evaluation although she surely meant well. She wanted to be like this Good God that she knew and worshipped. She wanted to enhance her status before Him and thus Satan put the LIE into her ear for consideration that it would really be a very good thing to do what he suggested.

Adam took the bait also when Eve offered it to him, and he ate. He didn’t even question one thing! He was totally enamored by Eve. They both were pursuing a Form of Religion or a form of Godliness. They wanted to be like this great good God and just like Him. Sounds good right? I mean isn’t that what we preach every day to the people and all religions have some aspects of that type of thought. I can be like God, so I need to do this, but it all goes haywire from there on out as mankind tries to do such! In fact, they became stupid! God calls sin stupid, and He calls humanity stupid.

But God never did not teach that this was the way to go for humanity, to take upon itself the burden of developing and following a code of ethics. Yet, we must insist that God designed all of this to take place, that is, the allowance of evil to come about to bring about the greatest Good an Attribute of God which He wanted to display through the Son of God, Jesus the Lord! As we follow the meta-narrative to the Cross work of Christ and all it speaks of, we find Good triumphant and evil squashed. The beginning words of the Bible are absolutely necessary to believe and trust in or one will not make it. “In the beginning God created….” All of this book is about God, about His Son Jesus Christ and as we go forward from Genesis 1 we get closer, and closer, to Christ Jesus.

Choosing ‘human effort’ still plagues us today even in evangelical protestant churches who say they preach Grace, but I am sorry to say it has polluted Grace due to an emphasis of pragmatism and man’s ability to perform. I am taking a course now on Church leadership. However, this well known local Church which publishes this material tends to push pragmatic, world developed systems of thought which the world developed, and it is certain teamwork for sure, but my point is, God has His own way and His own Teamwork system developed well in the Scriptures. We do not need to push the worlds views and adapt to the theories of what works from the world system, but rather, get our ‘word on the matter directly from God, and teach it and the world needs to follow us, not we the world. The world system is not a Biblical world view. Even though we may see similarities or things that may not be actually evil in their way of operations, we still need to be faithful to the word of God on all issues we are involved in. In other words, we do not “ape” or “copy” the world, the world should copy us and our way of life in Christ should attract the lost, and we may say to them, “well, God has taught this already thousands of years ago, look here it is in the Bible. Remember a little leaven leavens the whole loaf.

We have NOT been called to a Performance mode of life, but rather, a Personal Relationship established IN Christ and Through Christ making us have ALL of His performance as the God/Man imputed or placed on our entire personhood! This change makes acceptable to Him now, instead of rebels and sinners who could NOT in any shape or form measure up to the good works and perform good religious deeds through human effort, etc.! They forsook God’s way and OPTED for MORALITY, the self-improvement type! Their own system of right and wrong and that was a Fatal mistake. Still is!!

So what was their motive really? I think it was for a right reason. They wanted to be “right” and do “right”. They wanted to ‘know’ right from wrong so they could choose right and avoid wrong on their own level. Confidence in God’s way was forsaken by them. They didn’t really know anything about evil, but they really already knew a lot about God for God Himself was the optimum of Good. So, the original sin was not Adam and Eve’s thumbing their noses at the goodness of God, but rather, itwas their wanting to be the author and controller of their own system of right and wrong so they could make SURE they did what was right and avoid the wrong. We too, can fall into this system of thought easily. We find ourselves pursuing the knowledge of good instead of listening to our innermost yearning for a INTIMATE RELATIONSHIP WITH JESUS CHRIST AND OUR GOD! That inadaquency we feel can’t be stopped by approaching God via the performance and morality (Law) method of conduct at all, but rather it will be made worse than ever if one does so. And that is what is basically wrong with modern day Christianity as well of course world religions. The SAD thing is that the Evangelical Churches have the Word right before them on this matter yet they are blinded many times in their approaches to what must be followed as the Word of Grace teaches us and add to God’s word on the matter making them more like Moral Deists or the Pharisees of old.

What some folks feel that Christianity is a Behavioral Modification movement program, the Eden message really unveils that the behavioral modification program and view is the CAUSE OF Spiritual Death! That is why those who are preaching the Mosaic Law today as a object to be used in order to get saved by obeying it (rather than seeing it as the word to show we are dead and in need of a Savior and that Savior is NOT ourselves), along with also the Mosaic Law (all of it) is not to be used to grow into maturity either in Christ as we go forward in faith. It is ALL of Grace through Faith and HE is the AUTHOR AND FINISHER OF THAT FAITH AND THAT MEANS THE BEGINNER OF IT AND THE IN BETWEEN ONE WHO KEEPS US IN IT AND BRINGS US TO THE FINAL END OF IT ALL – ETERNAL LIFE IN HEAVEN WITH CHRIST JESUS.

Today we have a multitude of morally acceptable behavior modification movements both religious and non religious if that were the answer but they fail miserably. They just do not work and never will. What they may do is make some really worse than they were and that is become self deceived and hypocrits! The word of God teaches us humanity’s main problem is NOT what we are doing but rather, it is our LACK OF LIFE itself as we live it out either right or wrong due to either being dead spiritually or being alive spiritually. Paul the Apostle states what we are really like very well:

“Just as sin entered the world through one man, and Death Through Sin, and in this way DEATH came upon All people, because all have sinned…..” Romans 5:12 and Ephesians 2:1, “As for you, you WERE DEAD in your transgressions and sins.”

Eve was drawn toward a food to eat! She and people today like her who are NOT saved, are drawn also to a Diet for the Dead!! You think about it for a moment. If you are having a problem and actually die from that health matter, and someone comes along and sees you laying there dead, they don’t’ pull out a Diet Food book and see what they can push into your and stomach in order to bring you back to life. No amount of food will resuscitation like that will work. That person needs LIFE and only LIFE can be brought to him or her by God and not by man or morals or any other diet of religion.

Note what God says will bring about life!

Colossians 2:13 – When you WERE dead in your sins and in the uncircumcision of your sinful nature (flesh) God MADE you Alive.” Ephesians 3:4-5 – “Because of His great love for us, God, who is rich in mercy MADE US ALIVE WITH Christ EVEN WHEN WE WERE DEAD IN TRANSGRESSIONS – IT IS BY GRACE YOU HAVE BEEN SAVED”.

God alone knew what we needed and He did it! Not through Law but by Love and Grace and Mercy grated via Faith and Repentance given by Him also. What had brought DEATH was this, “I found that the very commandment that was intended to bring Life actually brought Death.” Romans 2:10 It never brings salvation and never brings holiness and sanctification to humans ONLY Christ and HIS Holiness and Righteousness given to us making us right with God works!

Having stated all of this let us not forget this! God loves His people, whom He died for and rose from the dead for granting unto them eventually during their earthly journey the new birth by His Amazing Grace and Mercy! He will not forsake us, He will keep His promises to the “called out body of Christ which is the true Israel of God”, and will come back to earth one day resurrecting the saints bodies who had died before and translates living and breathing saints on earth catching them up into His presence with the others in the skies above and keeps on coming down to earth with them to immediatrely by HIS powerful word burn up the entire globe and planet making it also brand new as He takes them down to this planet earth and sets up His everlasting non ending kingdom in which He is on the Throne, He is the Temple of God with His body of Christ which is called His bride and His temple, and as we live with Him on earth, He will bring down the City of the Living God New Jerusalem and we will live in this HEAVEN on earth forever with Him. Heaven is where Jeus and our God is and so Heaven will be on planet earth forever!! See and read Peters two Epistles and check out Peter’s statements on His next coming! Amen!

One thought on “WHAT STARTED ALL OF THE MESS WE ARE IN TODAY AND WHAT WILL GET US OUT OF IT?”